Yukon Hospital Corp. workers had the opportunity to vote on the tentative agreement recently achieved between the Union and the employer. The ratification by the roughly 250 members of YEU/PSAC Local Y025 vote took place Monday, March 4th, only weeks after they returned an overwhelming mandate in favour of strike action if needed.

Unsafe workload caused by chronic understaffing was identified by workers as the most important bargaining issue, and the one they were willing to strike to resolve. The new contract states “the Employer will ensure an employee’s workload is not unsafe”. New language also allows for greater recourse by the membership should unsafe scheduling continue to plague the Hospital Corporation’s facilities in Whitehorse, Dawson, and Watson Lake.

This is a two year contract covering the period between September 1 2017, and August 31 2019. Economic increases of 2% in year one and 1.5% in year two will be retroactive to the contract’s effective date.

YEU Vice President Paul Johnston stated “it’s been a long and challenging process, but important safety provisions have been added to the contract. We hope to see improvement in member safety in this contract, and will continue working to improve conditions for members of this Local.”

We Have a Tentative Agreement

Thanks to hard work of your bargaining team, and the strong strike mandate you provided, the union and the employer have arrived at a tentative contract after final negotiations February 14th and 15th.

Contract ratification meetings will be held March 4th. At that time, you will have the opportunity to hear about proposed changes to your contract, and to ask questions before casting your ballot. Ratification meeting details will be provided soon, so please make sure you check your email for that information.

Your bargaining team has worked extremely hard to achieve this contract, and the support you provided made their work easier. 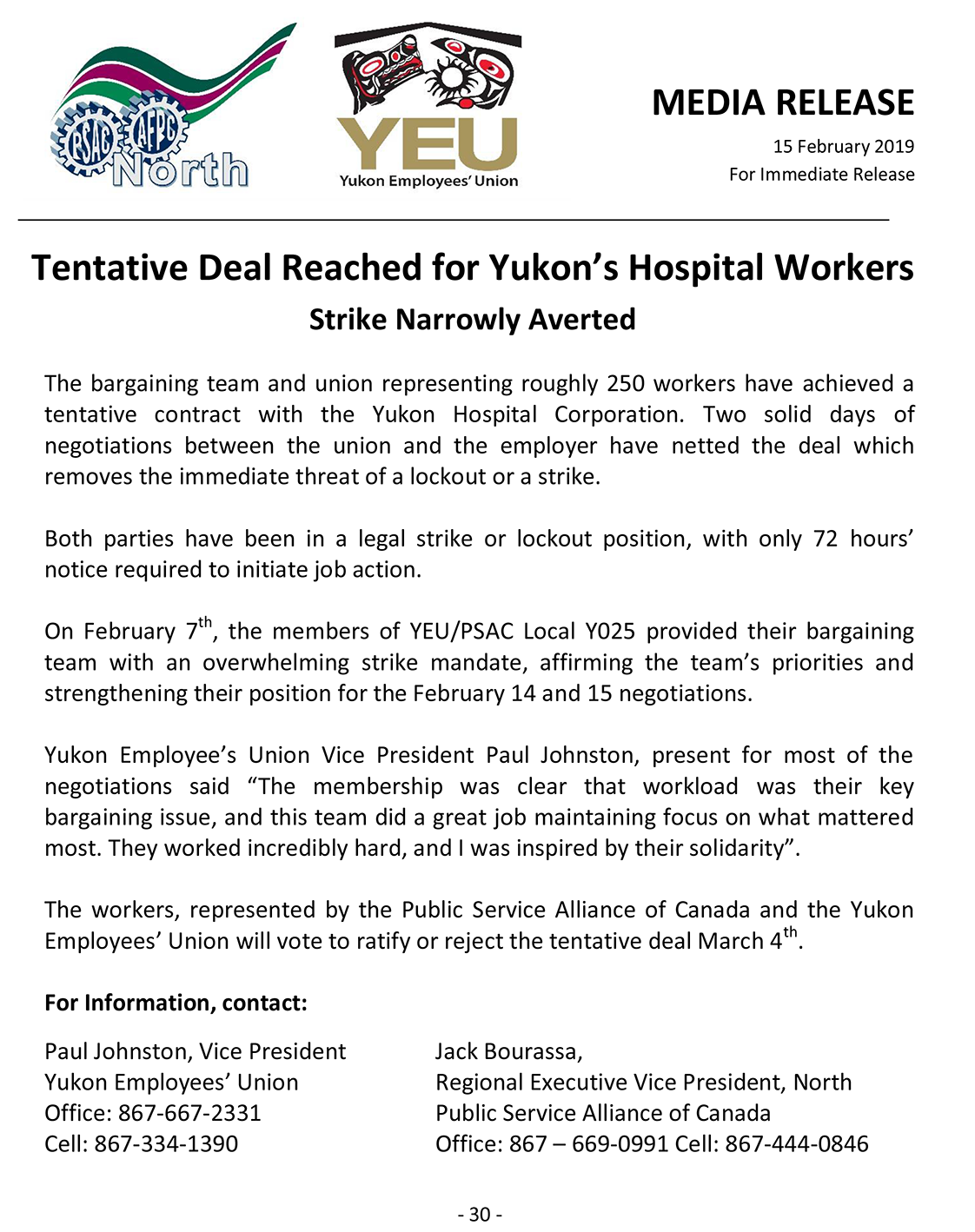 Thank you for to all those who took the time to attend a strike vote meeting last week. Your elected bargaining team has reaffirmed that their priorities represent the will of the membership as they work to achieve a solid negotiated agreement.

You've spoken with a strong, unified voice, and provided your team with clear direction. Together, you voted overwhelmingly in favour of strike action, should it be necessary.

The team returns to the bargaining table today, and the strike mandate will allow them to bargain from a position of strength. Contract negotiation is tough, and we wish them the best as they face the employer.

Please click the image below to read the media release which was provided to the press this morning. 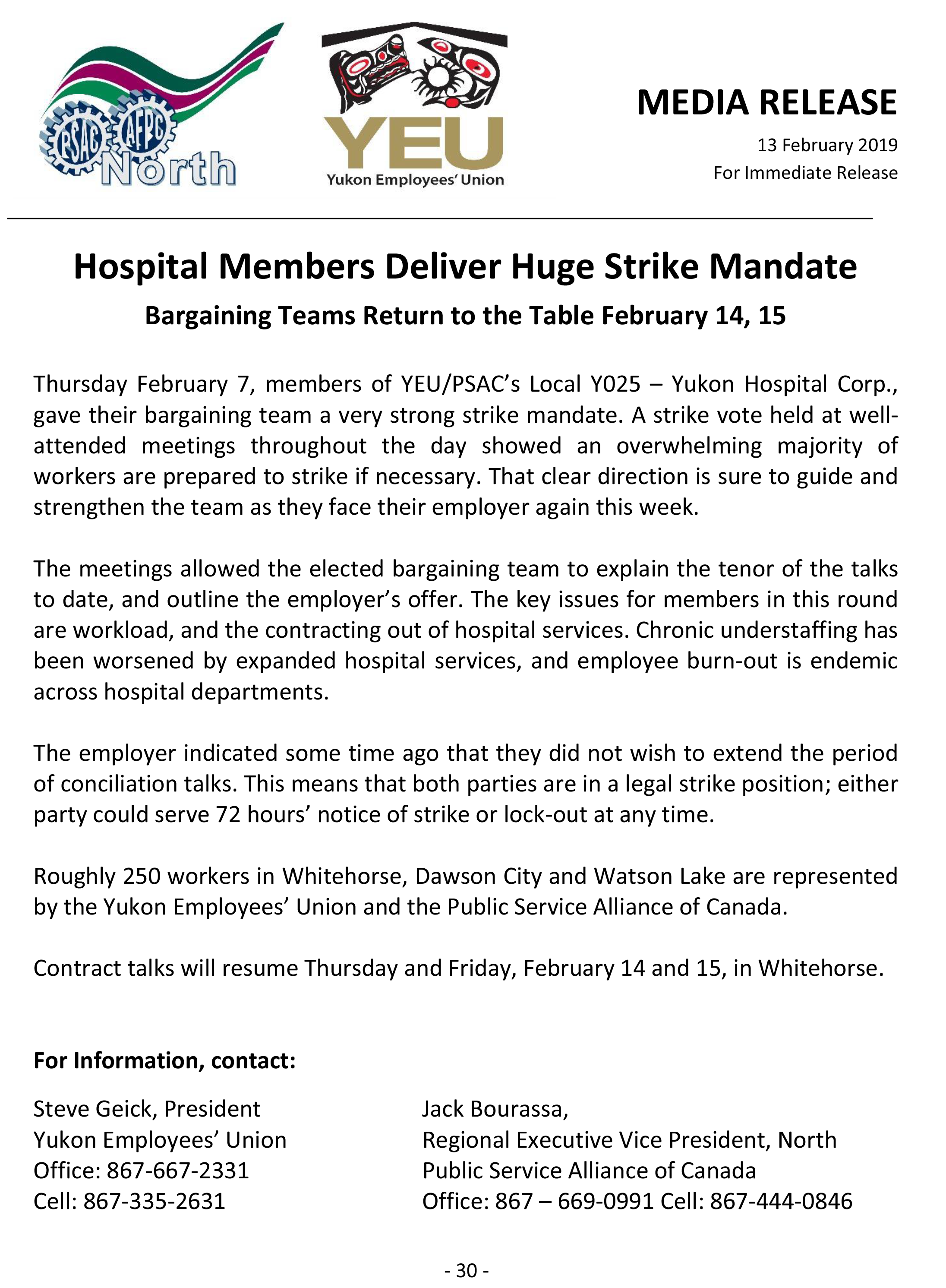