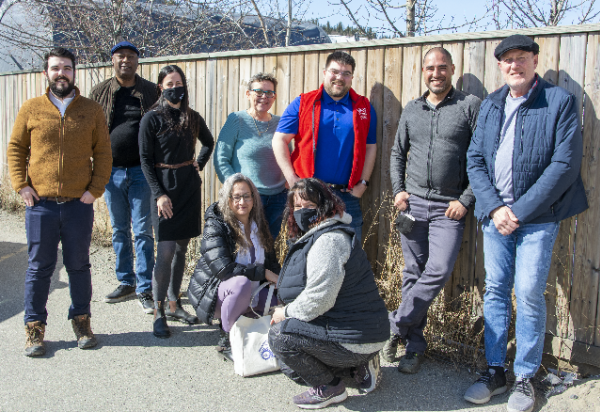 As you will have heard by now, talks between the Government of Yukon and your union bargaining team have reached an impasse.

Despite starting talks early in September of 2021, the YEU/PSAC bargaining team and that of the Yukon government are further apart than we have seen in more than 20 years.

For the first time, we have applied to the Yukon Public Service Labour Relations Board for conciliation. In essence, we have broken off talks with the employer.

Dates have been set for discussions with a board appointed mediator, July 19-22. With the mediator's help, will try and find a way forward to an agreement that is fair to you and your co-workers.

Bargaining with the Yukon government has been underway since last fall, and we've tried to keep members updated as we go. With that in mind, we have some important information to share as we enter this next phase of bargaining.

This is an overview - some highlights from the Financial Proposal tabled with the Yukon Government on April 17, 2022. Below is a list of some of the items we have proposed to the employer.

The current wages are inferior when compared to other northern and southern jurisdictions.  Wage adjustments with competitive and pensionable wage increases are needed meet the ongoing demand for all these workers. These increases are critical to retain staff, and absolutely imperative to recruit new staff.

This is your bargaining team, still hard at work April 14 - they've been at this work for months, and they're not done yet. Support for the team goes a long way as they represent the interests of the membership to the employer.

We hope you have subscribed for emailed bargaining updates, sent to our members following each round of talks with the employer; the next set of discussions begins April 11.

Over the last six weeks, the YEU/PSAC bargaining team and union leadership have held a series of virtual Town Hall meetings with workers from several work areas to establish bargaining priorities and get the membership's direction.

Bargaining Update meetings were held in Faro, Mayo and Dawson City in late March, allowing members to talk with YEU President Steve Geick and PSAC Negotiator Erna Post.  The employer has proposed a number of items including concessions, which we will not entertain; members have been clear that they want the team to continue to hold the line. We're planning more meetings - watch for dates and information in your inbox.

Some of the issues we've been discussing at the table and with our members: 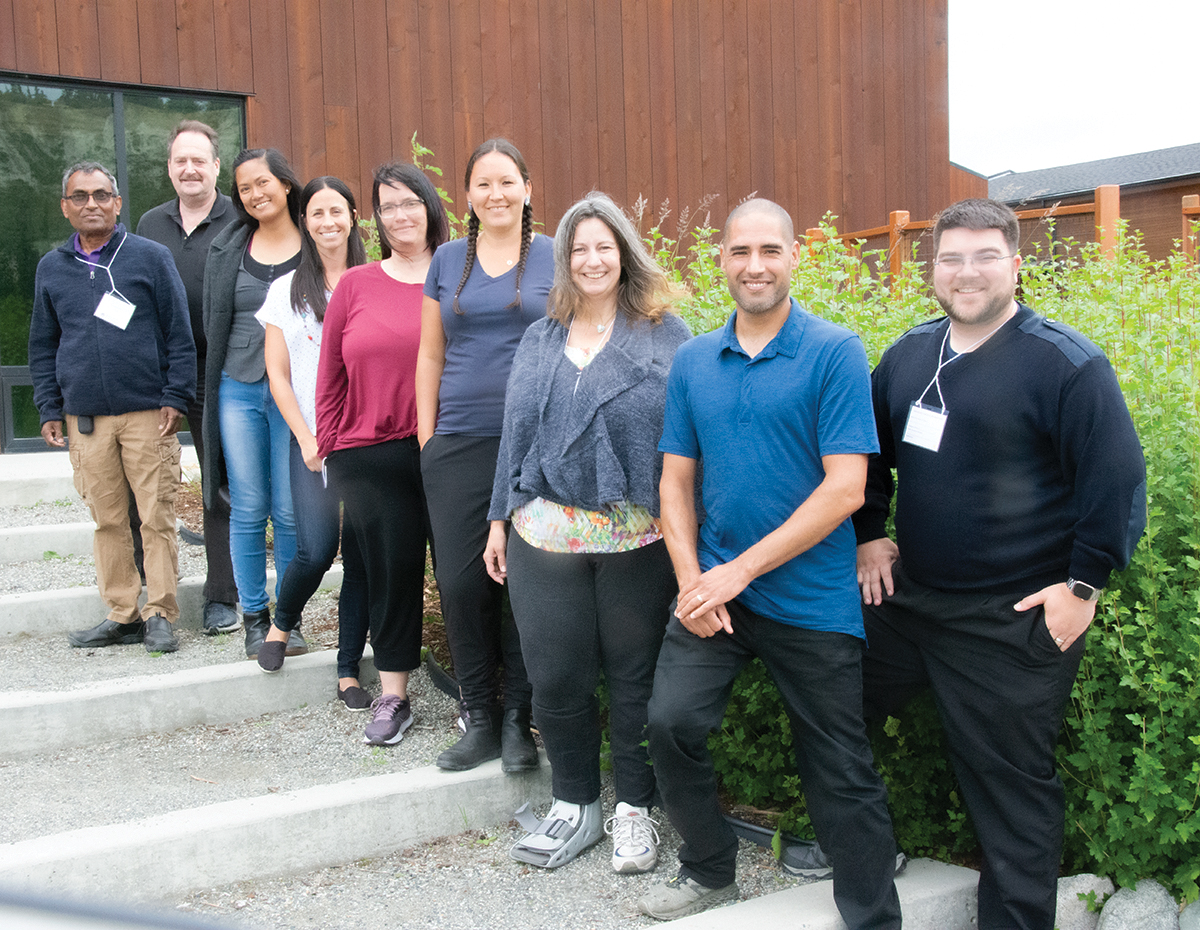 The proposals and discussion items in the Union package reflect the mandate provided to the team through a combination of the bargaining conference held in August, the membership survey held earlier this year, and the proposal input call that concluded in June.

Wages/benefits and other proposals with monetary implications are on RESERVE; this means they will be discussed in more detail at later stages of the bargaining process.

This set of Union proposals includes previously proposed changes ranging from editorial fixes to making the Collective Agreement more accessible to our indigenous members. This package has been expanded further to include further significant changes to the collective agreement including:

We plan to hold some group-specific meetings in the new year, including town hall meetings for front line workers.

It looks like Yukon government is going after severance again. Although we have not yet seen a detailed proposal, they have indicated their plan to propose this and other roll backs to your collective agreement. The union will not engage in concessionary bargaining; this means we will not accept roll-backs or agree to a contract that leaves our members with less than when negotiations began.

We will be back at the bargaining table the week of December 13th and will provide more information as bargaining progresses. Please make sure you're subscribed for email updates so you don't miss meeting information or future updates.  Visit yeu.ca/subscribe and stay connected.

YEU Monetary Bargaining Proposals as submitted to the employer

Non-Monetary Bargaining Proposals as submitted to the employer

The YEU/PSAC non-monetary bargaining team met with the employer’s team the week of November 15th. This first round of talks is intended to cover items that have little or no financial impact, and generally sets expectations for what workers will see from the government as bargaining continues.

The State of Emergency in the Yukon has once again had significant impact, felt very keenly by healthcare workers who have given so much in support of the health of Yukoners. Our team tabled a Letter of Understanding to address the demands placed on these workers as the COVID pandemic rages on. The response from YG was grossly inadequate, and our team was very disappointed in the outcome.

One working group will be comprised of Indigenous members to assist in the bargaining team’s efforts to decolonize our collective agreement. This is an important step in the path towards reconciliation, and one that cannot be pursued without the input of members who are of First Nations, Inuit and Metis descent.

We are also establishing a working group of nurses to assist our team with their work to reform the current YG contract to address public health worker pay, workplace safety and working conditions.

Unresolved matters, including the Letter of Understanding will be carried forward to negotiations beginning the week of November 29th.

Read the Letter of Understanding as Tabled HERE

See our Bargaining Proposals as submitted to the employer HERE

We're preparing to negotiate a new Collective Agreement; it's time to get involved!

The negotiated contract between the Government of Yukon and Yukon Employees' Union/the Public Service Alliance of Canada will expire on December 31 of this year.

We will communicate with the membership through email blasts throughout the pre-bargaining and bargaining process. If you have not received an email on either the bargaining survey or the Bargaining Input Call, it is likely that you have not subscribed to emailed updates. If you believe you've subscribed but are still not receiving emails, please check your spam box, or visit the link below to update your information.

YEU Members working for YG should have received a special newsletter in their home mailbox in May. It's here, if you missed it. 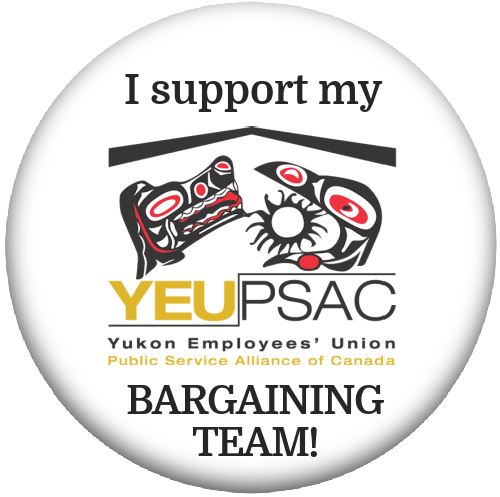 The Bargaining Input process is now closed. Well before we meet the employer at the bargaining table, we receive and review bargaining proposal submissions from YG Locals and directly from members. These proposals guide the efforts of the entire process. 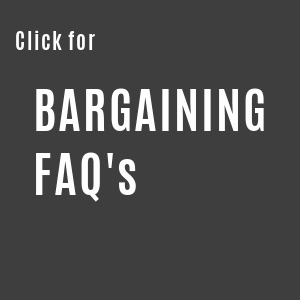