Many Rivers in the Media

WE HAVE A RATIFIED CONTRACT! Congratulations to the workers who stood firm and did not back down, no matter how challenging it became. They braved temperatures near -40, faced backlash from members of the board of directors and management, but they have prevailed. See the Press Release below.

Many Rivers offices will re-open to clients February 7th. The members are looking forward to once again serving their clients across the Yukon. 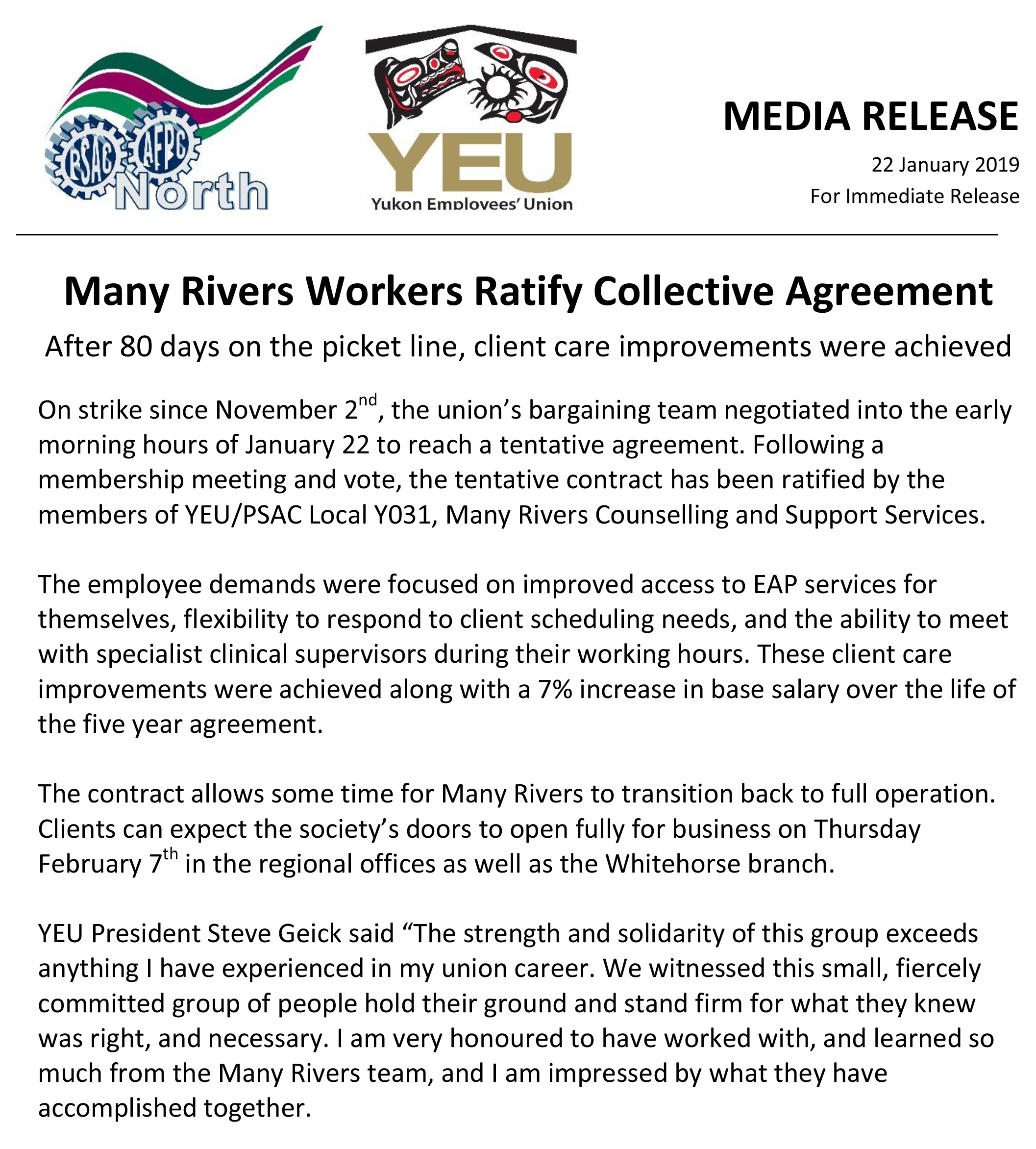 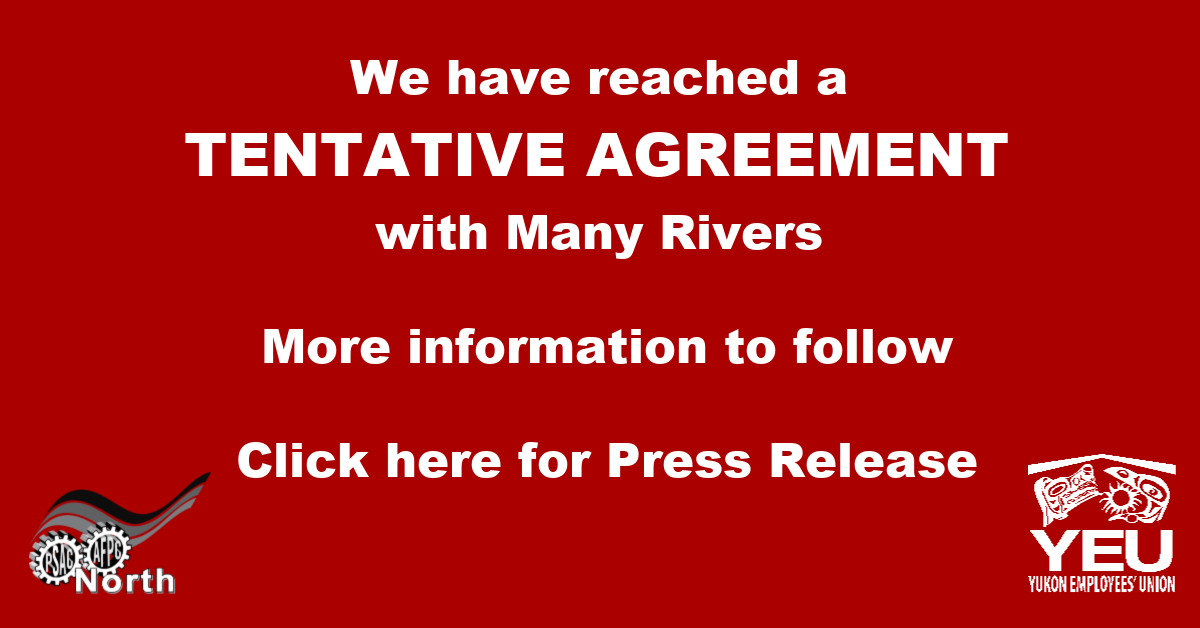 "In handling the mentally ill and horribly vulnerable members of our society, the staff at Many Rivers are doing one of the most difficult jobs in health care, and they are doing it for the least amount of pay and under intolerable working conditions."

Many Rivers client reflects on the impact of the ongoing strike