The third day of  PSAC’s Triennial Convention was a day of debate, discussion, points of order and privilege. Much of the day was spent discussing constitutional resolutions, sometimes fairly dry business, but critical in ensuring the foundation of the union is sound and reflects the values of the membership. 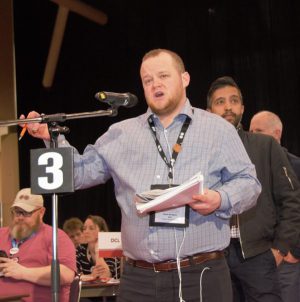 Some important decisions were made, including the adoption of the term Indigenous to replace Aboriginal, throughout the PSAC and its committees. There was a lot of debate over a resolution to add 35 Equity delegate seats to the regional seat entitlements to national conventions, and our delegate Chase Blodgett spoke passionately in favour of this resolution. In fact, his powerful comments elicited thunderous applause, and a standing ovation. Sadly, despite that support the resolution was not passed. As Yukon Area Council representative Linda Moen says, equity delegates and area councils will go home knowing where to focus their work.

YEU delegate Derek Yap has been working as a member of the General Resolutions Committee for the last several months, and Day 3 was a long one for he and his colleagues. They spent many hours in meetings, as many resolutions were referred back to the committee with instructions from the floor to make changes. 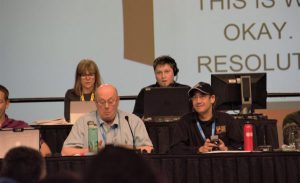 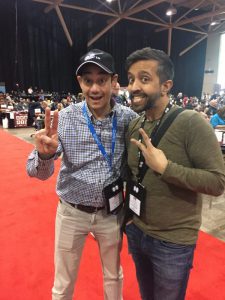 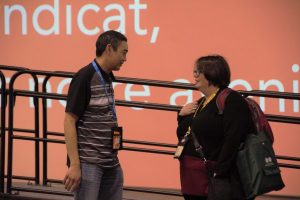