We Are All in This Together.

COVID-19 quickly reminded everyone on the planet of how we are truly all connected. In response to the devasting impacts of the pandemic, governments around the world made swift decisions to protect the public and implemented unprecedented emergency measures.

As a result, we have proven it is entirely possible to pivot on a dime, to change how the world works in response to an immediate crisis. How can we muster a similarly urgent response to the incredibly high-stakes issue of climate change? As we say, “there is no Planet B”?

The impacts of climate change – raging wildfires, milder winters, loss of wildlife and biodiversity- are well known and keenly experienced in the North. Led by the Vuntut Gwitchin First Nation, the Yukon Government and the City of Whitehorse passed Climate Emergency resolutions in 2019. Students walked out of their schools and organized “Climate Strikes” to demand concrete actions, attended by hundreds.

Unions have been making the case for a just transition to a green economy.

In New York State, Hurricane Sandy sparked a coalition of unions to organize and educate themselves. They worked with scientists and academics to develop concrete action plans in the energy, transportation, and infrastructure sectors. Joined by environmentalists, the coalition helped lawmakers pass a bill committing the state to carbon-free electricity by 2040 and the establishment of a net-zero carbon economy by the year 2050.

Unions everywhere are uniquely placed to use workers’ knowledge and power to scale up and create credible plans to make wins against inequality and climate change.

How can we translate union energy to green power in the Yukon? There are many ways! Unions can bargain for Environment Committees and green job creation initiatives when we negotiate but we don’t need to wait for negotiations. We can develop concrete GHG reduction plans in every worksite. We can leverage Joint Labour Management meetings to advance our ideas. And we can offer the union’s support to Yukon First Nations as they announce their Climate Emergencies and climate action plans.

What Role will YEU Play?

Yukon Employees’ Union and the PSAC have initiated a Yukon based research project that will provide data and insights to help us develop our own climate change action plan.

Since 2008, the PSAC has supported Adapting Canadian Work and Workplaces to Respond to Climate Change (ACW), a national network of labour activists and academics. The ACW funds and
disseminates research to enable unions to develop tools for greening our workplaces.

Using ACW funds, YEU has hired independent Yukon researcher Jen Eakins to assist us in achieving this goal. She has considerable experience in environment and climate change mitigation and has worked extensively with Yukon First Nations.

Through discussion with representatives of Yukon’s First Nation governments and interviews with our members, YEU will develop a deeper understanding of the ways in which climate change is affecting our work. Armed with good research and a clear understanding of those impacts, we can organize with our members and allies to combat and mitigate the effects of climate change on our workplaces and communities.

To learn more, to speak with our researcher, or to get involved and help YEU transition toward a greener future, contact Lynne Pajot [email protected]

1. Plans must be based on Indigenous knowledge and science, and must cut Canada’s emissions in half in 11 years.

2. A Green New Deal must leave no one behind and must create a better present and future for all of us. 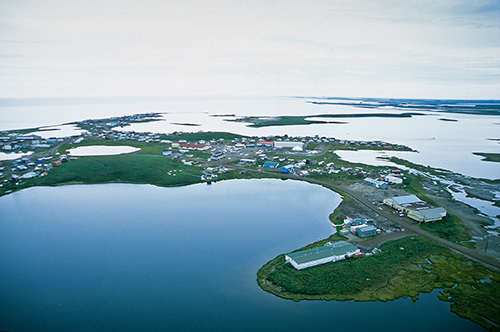