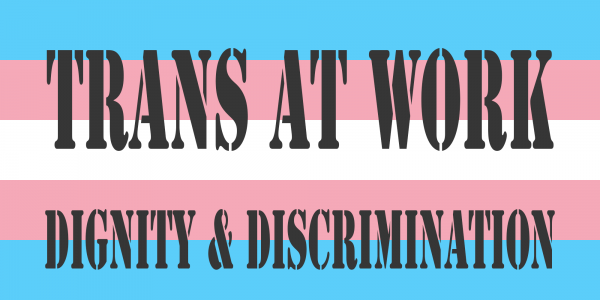 This week we have seen discrimination at its ugliest, its most vile. We watched in horror as news broke from Orlando Florida of the hate-inspired murder of so many at a gay nightclub but this is only the most recent in a long list of attacks.  While we may try and label those as random acts committed by crazed killers, the truth is that systemic discrimination and inequality maintain an environment where such hatred can flourish. The fact that media is hesitant to call this a hate crime illustrates the pervasive discrimination this community consistently faces.

The Liberal Government has introduced legislation to protect transgender people from discrimination and hate crimes. The bill would amend the Canadian Human Rights Act, prohibiting discrimination on the basis of gender expression or identity. Prime Minister Trudeau stated “Far too many people still face harassment, discrimination and violence for being who they are. This is unacceptable”.

YEU has been working alongside our trans and gender non-conforming members, urging employers to ensure difference does not preclude employment, workplace safety or dignity. A system designed without thought for those outside the strict male/female binary ensures trans workers face discrimination at every stage of their employment journey.

Within the corporate structure of YG, workers regularly encounter incidental discrimination in the form of old policies, language and practices established before anyone considered inclusion as an objective. That type of discriminatory practice and language is not difficult to remedy, if the will exists.

From the moment an employee receives their offer of employment, they are forced into a system that makes all gender identities besides male and female invisible.  To accept a job with YG, individuals must log in through an online portal and select a gender from a drop down menu – the options are Male, Female and Unknown. For a worker who is clear in their gender identity, “Unknown” is an affront. This is gender-based, systemic discrimination.  Even the forms required to access medical leave or to request accommodation offer two gender options; male & female. In cases where a trans worker is seeking accommodation, the forms required for accommodation cannot be completed.

Some expressions of intolerance are more overt.  Trans or gender non-conforming workers are afraid to be themselves in the workplace for fear of bullying or jeopardizing career advancement.   The workplace culture permits supervisors to use their own personal discomfort with others’ gender presentation as a reason to restrict access to training, to promotion, to employment itself.   In strict gender dichotomous work-sites, the need to accommodate workers is seen as too great a burden and employees are at risk of being performance managed out of work. Of course other reasons are given officially, but it’s easy to see prejudice at play. A tranPULSE study from Ontario notes that 13% of transgender people report they have been “constructively dismissed” for being transgender.

Some employers are doing a better job. The City of Whitehorse has initiated required LGBTQI Welcoming Workplace training for all staff in an effort to create an equitable work environment and to ensure clients don’t experience discrimination when accessing City services.  Yukon College has taken steps as well through Transgender Remembrance services. Private employers like Starbucks have policies & literature educating employees on the sensitive use of pronouns, and are quick to act in support of a worker who faces discrimination from colleagues or a supervisor.

Until the Human Rights Act is amended to explicitly include gender identity and expression as protected grounds, trans and gender non-conforming Yukoners are covered under the protected grounds of sex.  Employers must respect that trans workers need to be in safe and appropriate work situations. Forcing them to identify gender at every step of their process, demanding doctor’s verification of gender identity, encroaching on dignity through intrusive and unnecessary procedural systems is a violation of the Human Rights Act.

Yukon Employees’ Union invites the Government of Yukon to act as a model employer. Create gender neutral washrooms and remove the need to identify gender. Entrench policies and procedures which recognize some workers are gender non-conforming, trans, inter-sex and 2 spirited. Work collaboratively with the trans community to identify where gaps exist and how best to bridge them.

Recognize that accommodation requests from trans employees are not intrinsically medical in nature and stop demanding medical certificates for non-medical issues. Acknowledge your responsibility to protect workers, no matter their gender identity, under the Human Rights Act.

Yukon Government is re-launching a diversity training program through the Yukon Women’s Directorate entitled GIDA, Gender Inclusive Diversity Analysis. The GIDA documents state “Good public policy works toward ending discrimination in Yukon society and creating a society that includes everyone.” Sadly the document refers to intersectionality & inclusion while only ever referencing women and men, boys and girls. There is not a single reference to trans or gender non-conforming individuals nor any mention of those who exist outside the binary. Even this training program, designed to help identify & eradicate discrimination, discriminates.

An authentic culture of inclusion will benefit our Yukon community far beyond the workplace doors. We challenge you to create a new standard of equality and inclusion to help diminish hatred and violence.