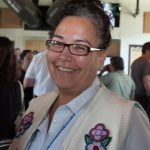 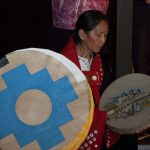 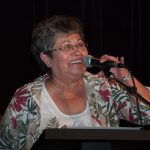 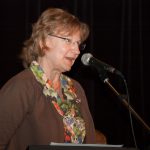 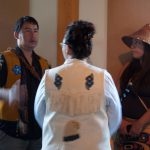 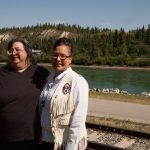 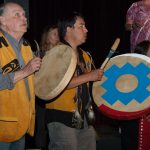 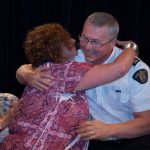 In response to a recommendation in the Police Commission report, Yukon women’s advocacy groups formed a coalition to help create the TFS Protocol. Signatories include Les Essentielles, Whitehorse Aboriginal Women’s Circle, Yukon Status of Women Council, the Victoria Faulkner Women’s Centre, the PSAC Regional Women’s Committee and the PSAC Yukon Aboriginal People’s Committee. The work and collaboration took place over a year, ensuring the many voices were reflected in the finished product.

PSAC member Linda Moen was invited to represent both the Regional Women’s Committee & the Yukon Aboriginal People’s Committee on the newly formed coalition. Linda is a Federal employee, a mother and an aboriginal woman who lives in her First Nation community. Honoured and a bit apprehensive, Linda decided she had the support she needed from the committees to take on the task. She quickly learned that she had much to offer the discussion and learned a lot from the process.

When the Together for Safety Protocol was signed on May 29th  2015, Linda signed on behalf of both committees. As the Protocol takes effect, Linda hopes the spirit of the agreement informs interactions between the women of Whitehorse and the RCMP.

YEU wants to thank Linda Moen, the PSAC Regional Women’s Committee and the Yukon Aboriginal Peoples’ Committee for taking on this role in our community. It’s good to know this is the work our Union is doing, through the dedication and commitment of the committees and their members.