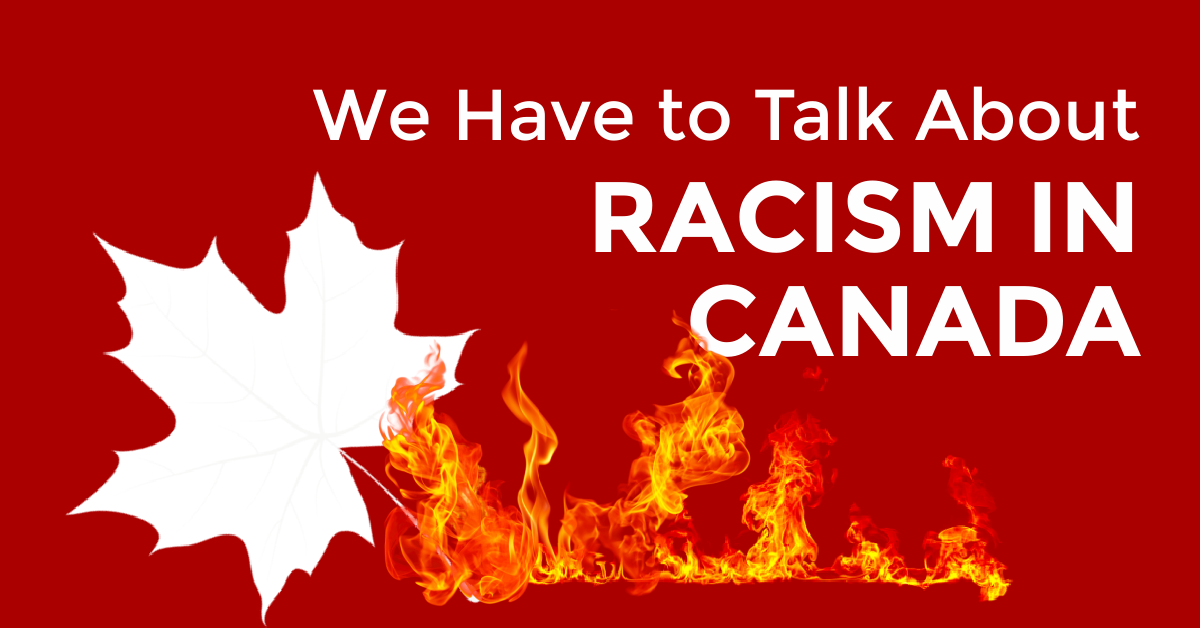 Racism in Canada is alive and thriving, our differences magnified in an environment of seething animosity between the left and the right.  If you don’t see racism, never saw it and can’t believe it exists, chances are your skin colour has never been a barrier to your safety or success.

Many Canadians dislike the term white privilege and are angered when they’re called white in the context of a discussion of racism. If you believe you are without prejudice, being called white or privileged might feel like you are being called a racist, a bigot.

The privilege of being white is that the colour of your skin is not a pre-existing condition excluding you from access and opportunity.

In Nova Scotia, the treaty rights of the Mi'kmaq are being challenged by mobs of violent Acadian commercial fish harvesters coming from communities around southwestern Nova Scotia. These non-indigenous harvesters are trying to stop indigenous fishers from dropping their lobster traps out of season, despite decades’ old confirmation of treaty rights guaranteeing the Mi'kmaq the right to catch and sell lobsters and manage their fishery.

Joyce Echaquan used her phone to record the insults and racial slurs of nursing staff as she lay dying in a Quebec hospital on September 28. The Atikamekw mother of 7 went to hospital with a stomach-ache and died two days later, her cries of distress and calls for help met with degrading comments.

So if you believe racism is not really a problem Canada, or that people need to just get over whatever injustices their ancestors faced, maybe you have some work to do and need to examine that belief. Because whatever happened in the past is still being felt today, and mistakes of the past have contributed enormously to the ongoing inequalities in our society.

Canada was built on land stolen from the First Peoples, and we continue to take what we want from Indigenous people today. We drive pipelines through sacred land, endanger coastlines and threaten wildlife while our leaders fail to match their actions to their promises.

We have enshrined whiteness as the default, minoritizing everyone else.  White supremacy is woven into the fabric of our societal constructs even while we as individuals reject racism and white supremacy.

The shameful story unfolds in slow motion in our streets and on our screens. The Mi’kmaq in Nova Scotia are attacked for exercising their treaty rights. The number of Indigenous children in care today exceeds the number of kids lost to the Residential School system. Indigenous men and women face blatant discrimination in hospitals across the nation while leaders dismiss the existence of systemic racism. Our police forces deny the bigotry they are founded on even while incarceration rates of Indigenous and Black Canadians balloons disproportionately. We watch in horror as violence against Black Lives Matter activists plays out in real time while white supremacist organizations like the Proud Boys grow in numbers and confidence.

Our national union has been rocked by two high profile resignations in recent weeks, evidence that there is anti-racism work to be done in every institution and by all of us.

Individuals can change their perspectives on racism and do the work that’s required to shed unconscious bias and unlearn deeply ingrained beliefs, but it has to go further. Our organizations, unions, schools, governments, and businesses must show leadership and humility in dismantling systemic racism and making a priority of throwing out racist policies and practices.

We have a long way to go as a nation before we can say we are free from racism in Canada; It starts with each of us being willing to do the hard and uncomfortable work of facing our own internalized defaults. If we each prioritize dismantling racism in our homes, in our workplaces and our communities, there is hope.

YEU’s Anti-Racism and Equity page offers resources to watch, read and learn about the many aspects of our historical systemic racism in order to recognize our history, and help change what happens next in our country. Please visit yeu.ca/anti_racism_and_equity