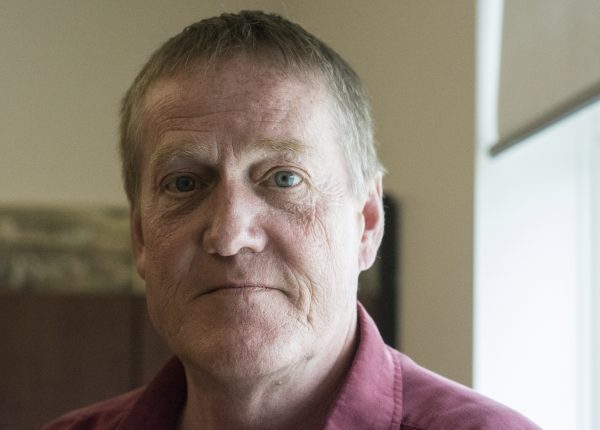 Last Friday you held a press conference as part of your media blitz in response to YEU’s June 8 Risk at RYTS media release and blog post.  You expressed confusion and told the press that my worry for the safety of staff & residents is based on nothing more than “myths & inaccuracies”.

Myth:  noun| Definition: a person or thing existing only in the imagination; a popular belief that is not true.

Inaccuracy: noun| Definition: a statement that is not correct: an error or mistake

You told the press you don’t know where I got my data, and you don’t understand why I am raising the issue at this particular time when your staffing numbers are so high – you have over 120 full time staff members for the 7 Whitehorse RYTS homes, with an additional 46 AOC workers.  That’s both true and untrue.  Of the 46 AOC staff on your roster, only 23 of them have been deployed in the first months of the quarter.   It is INACCURATE to suggest that the numbers on your roster reflects the number of staff in any RYTS home on any given shift.

The data you questioned was provided to me by the Public Service Commission (your employer), when I met with them over the weeks prior to our news release.  I had many discussions with the Director and new Acting Director of Labour Relations at the PSC, both before and after they met with you to discuss the union’s concerns. It was INACCURATE to tell CBC you knew nothing of our concerns.

We became aware of the issues at RYTS over several months, as staff approached the union with grave concerns. Feeling helpless, threatened, & anxious for the well-being of their charges, many feel the needs of everyone involved are being ignored by management. Worse, they feel management has made the callous decision to value economy over safety.

Recently, more than 20 employees came to YEU for an emergency meeting; many others submitted concerns by email and phone. Most wish to remain anonymous for fear of putting their jobs or their colleagues at risk.  We have many stories from workers working alone in high risk situations with intoxicated and violent youth. Thankfully, few compensable injuries have occurred in the last year.

“Our staff and our youth are not put in unsafe situations at any time”. That’s a quote from your June 13th interview with CBC’s Sandi Coleman.

RYTS workers have catalogued a great many instances proving the exact opposite of that statement is true. I’m not sure whether to categorize your assertion as MYTH or INACCURACY, but it isn’t FACT. I’d call that statement laughable, but I’ll let you decide what you want to call it.

While your staffing stats show 46 AOC workers, you know as well as I do that it’s the House Log Books that tell the story of how frequently the homes are single-staffed. Sometimes the single-staffing is the result of an absence by an employee. If a worker calls in sick, no effort is made to fill the gap by calling in another worker. Workers are frequently required to move from one home to another mid-shift, sometimes more than once, creating instability and inconsistency for the children.

“One night I had started a shift with two youth when I was pulled from the house to a different one in need. I had to immediately stop a game with the kids and leave. The youth left behind did not understand and were visibly upset. These are little forms of re-traumatization for youth with a history of abandonment/attachment issues.”

Workers are often scheduled to move from house to house mid-shift. This puts workers at a huge disadvantage. As one worker says, “you do not know what has gone down earlier in the day, and arrive at a house late at night where there is an intoxicated and/or violent youth with no understanding of what you are walking into”.

Mr. Healey, you mention process & procedure, including risk assessments. You say that supervisors do assessments on every scheduling situation using a comprehensive Hazard Analysis – ongoing, daily situational risk assessment.  While that may be the goal, we’d like to point out the following:

Suggesting unsupported workers leave another house under-staffed or call the RCMP is an abandonment of responsibility. RYTS staff do everything possible to avoid calling the police. They know the RYTS home is often the child’s last chance before youth detention.

Mr. Healey, when you and I exchanged emails a couple of weeks ago, I asked for 6 months of minutes for the joint Health & Safety Committee meetings. These meetings are meant to be held with management and staff representatives.  Based on the minutes sent to me by your assistant, only 4 Health & Safety Committee meetings have been held in the last 9 months. That does not illustrate a meaningful commitment to safety in the workplace. I bring it up because you mentioned on air that these meetings are an important part of your safety process. Myth?

Rather than consider how to ensure staff and the children in their care feel supported, you have “invited” them all to attend meetings with yourself and ADM Brenda-Lee Doyle.

Your words: “The intent of these upcoming meetings is to listen to your concerns and ensure you have an understanding of the processes and factors that pertain to lower staffing levels. Although this is never ideal, I want to assure you that during times when the human resources are difficult to balance, your health and safety is our priority.”

I translate that as “We will listen to your concerns then make sure you understand why they don’t matter. Sucks but hey, we’re here for you.”   By your own admission and in direct conflict with your public statements, your email recognizes that RYTS homes currently face lower staffing levels, and you are concerned for their safety.

So please clarify, Mr. Healey; were your comments MYTHS or INACCURACIES?  I’ll let you decide.