#millenials-the kids are not all right. 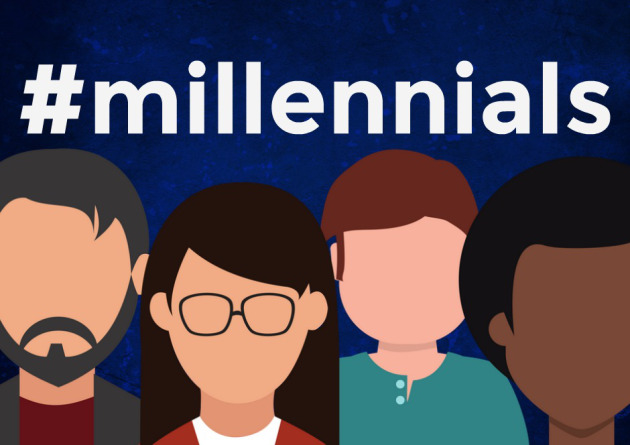 Who are the Millennials? A millennial is anyone born between the early 80’s and the late 90’s – they are a pretty large cohort. Basically, if they’re younger than YOU, they’re millennials. If they’re annoying you, they’re millennials. If you don’t like a style, a trend or a new reality, blame that demographic. Everybody’s doing it. According to the press, they’ve killed the serviette industry and Sears. Really.

Millennials catch hell for just about everything they do or don’t do, buy or choose not to buy. Millennials are scapegoated or mocked almost daily in the media as lazy, vain, celebrity crazed and s­till living with their parents at 30. In fact, they are a socially conscious, diverse and well educated generation, busy challenging the status quo and changing the world in some profound ways.

As workers in their early 20’s to late 30’s, millennials comprise an enormous chunk of the work force. Many struggle to find an entry point into steroid enhanced housing markets, while staggering under crushing student debt. Too many work in jobs that are precarious and poorly paid with few benefits, little security and no hope of a pension.

The stable union jobs that allowed their parents’ generation to thrive have all but disappeared. The wages that allowed home ownership were the outcome of negotiated collective agreements, but no-one is talking to young people about unions. Organized labour has been so demonized by corporate interests that many union members feel little pride in their membership. As a result, they don’t talk with their kids about the very real advantages of union membership.

Millennials are the first generation who will find it difficult to achieve the same financial stability their parents enjoyed.

In fact, studies have shown that a university educated 30 year old today earns about the same as someone without a degree in 1989, in today’s dollars but of course, the cost of living has skyrocketed.

Few young workers have had much exposure to unions and the bargaining power unionization allows. With many millennials working as interns,  contract labourers or navigating the new “sharing economy”, the idea of collective bargaining seems out of reach. Without it, decent salaries on which to raise a family, buy a home, and save for the future are unlikely.

Millennials starting families are faced with some hard choices. It’s almost impossible to afford daycare for more than one child, but few young families can afford to have one parent stay home – housing costs alone make that choice increasingly difficult. Young workers have some very compelling reasons to join a union and to support the ideals of the labour movement.

Union activism in young workers is in decline, so it’s up to the more seasoned union members to encourage them to look for unionized jobs. Talk to young workers – help them organize their places of work. The loss of good jobs won’t just affect millennials and their children, it will affect every Canadian.

Low wages mean a shrinking tax base, and an ever diminishing ability to fund the services and programs Canadians count on. Canada’s healthcare system will undoubtedly suffer without healthy incomes for this and future generations.

Let’s stop blaming millennials for the real world problems they have inherited. Let’s remember how important unions and union jobs are to communities and families. Let’s support young workers as they try to organize their places of work, and let’s encourage contract workers to find unions that connect and empower free-lance and sharing economy labourers.