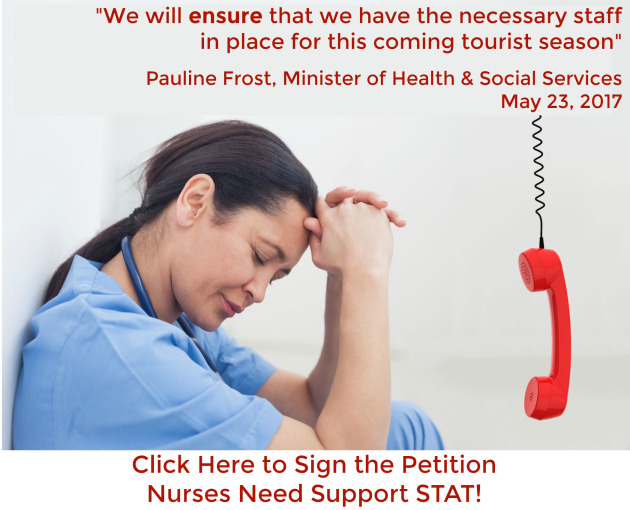 “We will ensure that we have the necessary staff in place for this coming tourist season.”

Yukon’s Health & Social Services Minister Pauline Frost announced emphatically in the Legislative Assembly on May 23rd that the Yukon’s Liberal Government will fully staff the territory’s Community Health Centres for this summer’s tourist season. Considering it’s now mid June, we wonder how that will happen. While Yukon Employees’ Union, Community Nurses and all of us who drive the highways would love to see this happen, so far there has been no action.

Nurses often work alone in small highway communities where they must be available 24/7 for weeks at a time with no relief.  We hear of nurses working late into the night and reporting for duty first thing in the morning, day after day. Nurses are routinely exposed to violence and threats on the job, and are more prone to make errors when they have no opportunity to rest. With no respite, the work is exhausting both physically and mentally.

The Collective Agreement signed between the employer and the union in 2016 included  a Letter of Understanding addressing One Nurse Health Centres. This pilot project was designed to create additional full time nursing positions in both Beaver Creek and Destruction Bay,  communities facing chronic nurse shortages. The dangerous under-staffing is most pronounced during the summer months when increased highway traffic and higher patient numbers tax the nurses to the near breaking point.

From May 1 to September 30, each of the two communities are to be staffed with an additional nurse, and a single additional nurse is to be on staff from October 1 to April 30th, shared equitably between the two communities. The addition of two full time staff for the busiest summer months will help alleviate the risk of overwork, personal safety and fatigue. That’s critical – not just for the nurses, but for the communities they serve and the many thousands who travel Yukon’s highways.

Yukon’s Nurses were promised this support in the ratification of Letter of Understanding M, designed to provide a second full time nurse in the two communities most consistently affected, Beaver Creek and Destruction Bay.  Although that LOU came into effect with the current Collective Agreement January 1 2016, to date no more nurses have been hired.

We ask you to please sign our petition. Ask Minister Frost to provide Yukon’s Community Nurses with the resources they have been promised, STAT! 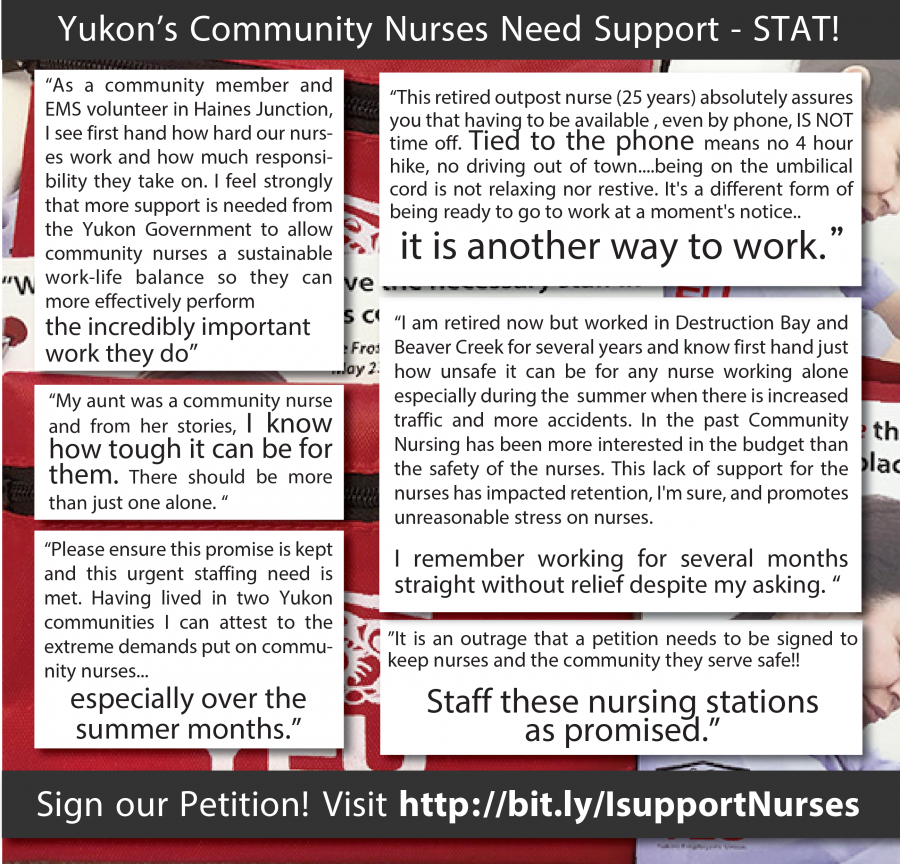