Bill C-27 and the Threat to Your Pension 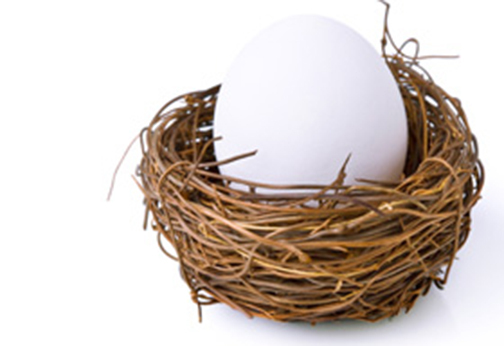 Ahhhhh, retirement! You’ll have all the time in the world to do whatever you’ve been dreaming of for years. You’ve planned, you’ve saved and made sure you had your financial ducks in a row before your last day on the job. Thankful for work that offered you a rock solid pension, a deferred payment plan for your post-work years, you’ve contributed for a long time.

Well fasten your seatbelt, friend. Thanks to a new bill introduced by Trudeau’s Finance Minister Bill Morneau, your defined pension plan is not safe… even if you’ve been retired & collecting your pension for years.

Bill C-27 promotes the establishment of target benefit plans, long considered far inferior to defined benefit plans. If passed, the legislation will permit employers to buy back your defined benefit plan in favour of less expensive (for them) annuities, so long as they have approval from the retiree. And while it seems unlikely that a retiree would agree, if the conditions were right and the pressure was strong, it could happen.

Bill C-27 looms as a real game-changer for Canada’s retirees and workers. For some, the pensions they worked for throughout their working lives are at risk of being fundamentally changed, even after the fact.

I urge you to learn more about Bill C-27. We’ll be in communication with MP Larry Bagnell to ask him to take a stand for all workers, especially those in private federally regulated industries. Many of our members in Yukon stand to be affected by this change, if it goes ahead.

Yukoners from the following Locals will be impacted by this legislative change:

We believe that once the shift is made from defined benefit to target benefit plans, there will be no going back. Few employers will see any need to maintain or sign on to the far superior defined benefit plans.  The erosion of retirement security for Canada’s seniors continues, and with it the erosion of worker rights and the hopes of our young workers for a secure future.

The Liberal Party did not campaign on allowing employers to pressure workers and retirees into “surrendering” their pension rights. In fact, it signaled to voters  that it would protect these rights. The government has no mandate for this extreme legislation.

Already, beleaguered workers have begun to shrug their shoulders and say things like “well, we’re just lucky to have any pension at all”. WHY? Pensions are supported by the employer and the employee… part of a contracted benefit package that includes a portion of salary held for later. It’s not a gift, it’s not a luxury and it’s not something you should expect to lose. Solidarity is needed if we hope to defend pensions; we should not be afraid we’ll lose it all if we object.

Workers need to stand together against these constant erosions of your rights now, if we hope to shore up any hope of pension security for young workers at the beginning of their work lives.

If the legislation passes, the precedent will be set and other employers can be expected to quickly follow suit. Join us in calling on Member of Parliament Larry Bagnell to help stop this bill; email [email protected]