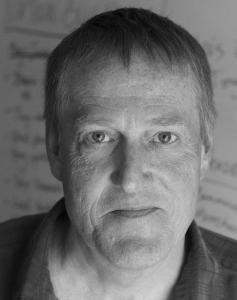 Are Yukon Government’s Managers and Deputy Ministers intentionally making bad decisions? Maybe it’s a lack of understanding or an information vacuum that makes for face-palm results on critical cases? Either way it frustrates the hell out of me.  It’s YOU, the members we represent, who suffer from some very bad decisions at every level of the grievance process.

I attend many complex representation meetings including policy grievances, 3rd level grievances and arbitration hearings.  This isn’t standard for an elected official of YEU but  I want to observe the process. Poorly considered decisions result in grievances being referred to PSAC for arbitration, lengthening the process & leaving workers in limbo for years.

The cases that go this route include dismissals, lengthy suspensions, human rights complaints and issues of accommodation. The process can drag on, and the uncertainty impacts an individual’s physical and mental well-being & livelihood.

The cases don’t start out terribly complicated, so what happens?  To answer that, we need to look at the first step in a grievance process. This varies by employer but typically starts with an immediate supervisor.  Most of these individuals aren’t trained to solve complex human resource problems – they are intelligent and well-meaning people – but they’re set up for failure by their employer. They are not given the freedom or the tools they need to be successful.

We see good people promoted into supervisory positions because they know the work; they have the knowledge to perform the job but aren’t given labour relations training. It’s not just the supervisors who lack training either – the same is true for all levels of decision makers – Human Resource Advisors, Directors, CEOs and Deputy Ministers.

Accommodating a physical injury is straight forward – an injured worker is usually off work for a short period of time. Upon a return to work, limitations may include how much weight can be lifted or how long the worker may spend at a dedicated task.  Mental health issues, invisible disabilities or addictions also require accommodation, the requirement is entrenched in law.  This is where we encounter a minefield of miscommunication and a lack of understanding.

Supervisors need proper training to have difficult conversations with workers. Without the right skills, sensitive personal information that might inform a supervisor’s decisions can be misunderstood, inappropriately shared or lost in translation.
An attempt at resolution can quickly turn into a performance management issue & rather than achieving an accommodation, struggling workers are disciplined.

By the time someone figures out what needs to be done, all positions are firmly entrenched and the opportunity to problem solve is long past. Few directors, Deputy Ministers or CEOs are willing to rule against those below them; it reflects badly on the organization and frankly, most of the higher ups haven’t received the training needed to know better.

After a few agonizing rounds of bad decisions, a case may end up referred to arbitration, and the people with the knowledge to find a resolution get involved at last. That sounds like a good & positive thing, doesn’t it?  Sadly, very few settlements are actually awarded by an arbitrator’s decision.

Most employers offer to settle prior to the arbitration hearing, or during the proceedings. Why? If an arbitrator makes a decision in favour of the worker, it is precedent setting and becomes part of the public record. A settlement acts as a gag order – instead of public accountability, the matter disappears.

By the time a case reaches this point, the worker involved is often truly suffering either mentally or financially.  While it would be great to stand on principal and hold out for a favorable decision and a culture change, it’s rarely feasible or recommended. Enough is enough and peace of mind comes first.

YEU won’t recommend a member continue a struggle just to achieve a ruling.  Settlement offers are usually enticing enough and the grievor weary enough that they accept the settlement offer and try to rebuild their lives.  Of course, without a binding decision, the employer is free to continue the practices that initiated the grievance process in the first place.

It’s true that not every employee is a model worker.  Management has the right to manage and we respect that right when the employer operates in good faith.  The union is willing to have tough conversations when members seek representation; that’s part of our job and reflects our obligation to the membership at large.

Some supervisors tell us they feel inadequately trained in labour relations and human resources.  If the employer won’t fulfill their obligation, we’ll be glad to step up to help you get what you need.

Congratulations to employers who build strong teams through appropriate training and empowering policies. To the rest of you (and you know who you are) please put aside your pre-conceived notions, prejudices, superiority complexes and whatever else motivates you. Treat Yukoners – our members, with the dignity and respect they deserve.