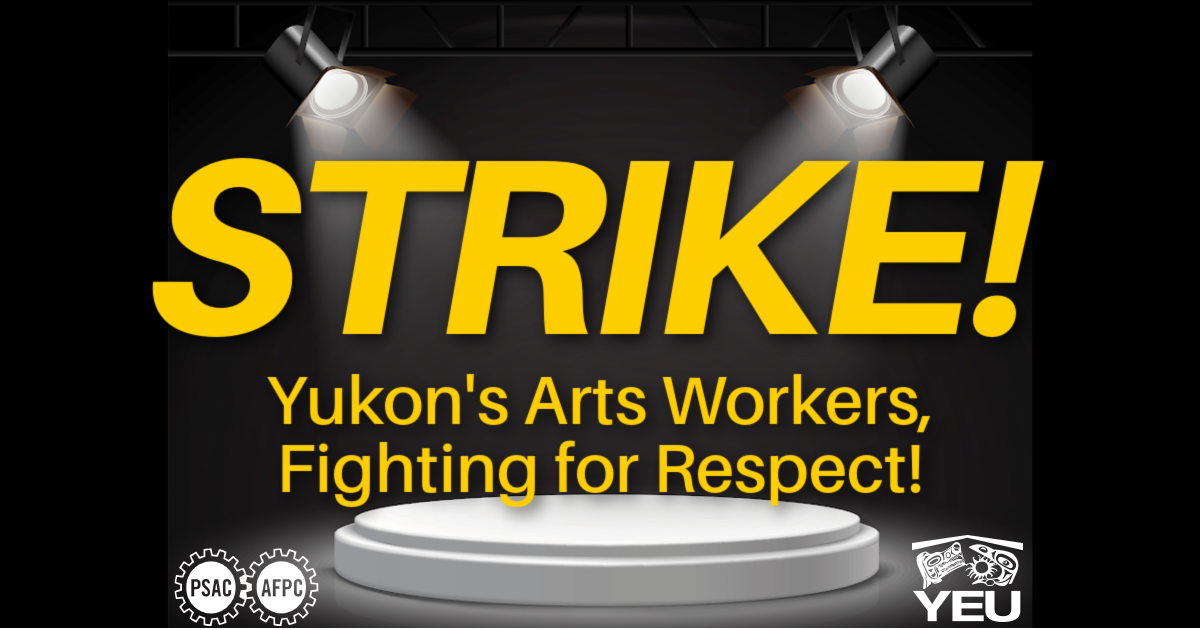 Public Service Alliance of Canada/Yukon Employees Union Local Y021 members working for the Yukon Arts Centre are taking take a job action today. PSAC served Strike Notice to Yukon Arts Centre on Friday October 7. On September 20th members voted overwhelmingly to provide the bargaining team with a strike mandate. Negotiations have been underway since April of this year, and the process has been extended twice to try and reach a positive settlement.

PSAC/YEU Local Y021 is a small bargaining unit of workers who are professional, going above and beyond to ensure that patrons of Yukon Arts Centre, artists and performers have great experience despite all challenges. Small but mighty— these are the words to describe this bargaining unit of resilient workers who’re fighting for respect and fair wages.

“Our demands are simple and clear: respect and fair wages,” says PSAC North Regional Executive Vice President Lorraine Rousseau. “And we ask you, the public and ticket holders, to please stand in solidarity with the workers of Yukon Arts Centre.”

“It is unfortunate that it has come to this point,” says Steve Geick, Yukon Employees’ Union President. “The employer needs to start treating our members like the professionals that they are and show them the respect that they deserve.”