What’s Happening at the Bargaining Table? 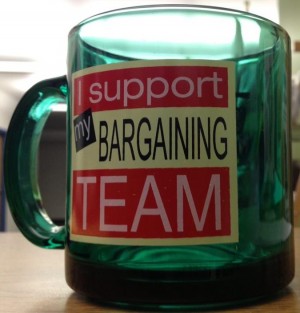 This is a busy year for contract building, with many of our bargaining units at the table now. We have recently ratified the first ever Collective Agreements for Help & Hope for Families Society in Watson Lake, while Many Rivers Counselling & Support Services workers are voting this week on a tentative agreement reached in early May.

If you are a member of YEU and would like to be kept informed about the bargaining process make sure to provide us with your email address (personal, not your address at work) so we can add you to our update list.