Convention Delegate? But I don’t even… 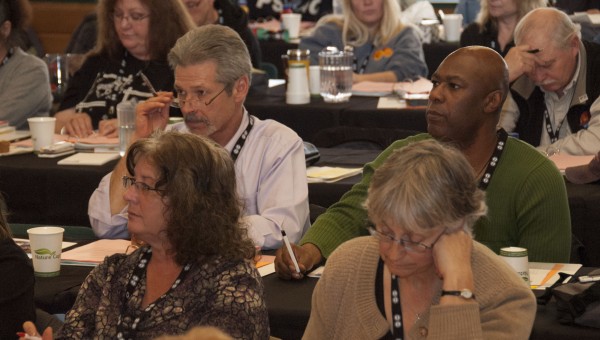 “The first time I was nominated I was really nervous; as a first time delegate I worried I wouldn’t understand the process & wouldn’t represent my co-workers well. After convention, I felt really proud of the work that we did.  I’ve now attended 5  YEU Conventions, 2 PSAC North, 4 PSAC National conventions and 2 at CLC National.

If you’re member in good standing you can be elected  at  a meeting of your local.  You will receive a delegate information package about a month before convention to help you prepare for the sessions.  Although it’s a confidential document you can ask your local or the YEU office for clarification.  You will easily learn the rest as we go along.

There are many times that new delegates have stood on the convention floor and, with fresh eyes have made very solid suggestions for the betterment of all. I’m sometimes asked if you have to be an “activist”?  What is an activist?  Our activists come in all shapes and sizes – if you feel a kinship to what the union stands for, then you’re an activist.

Before convention we a hold training session to help new delegates understand parliamentary procedure and rules of order.  My first couple of conventions I was confused about some of the “convention speak” – once you understand it, things get easier. YEU has accepted a clear language resolution which makes a big difference!

I love conventions; we decide the direction the executive committee will take in the next term, and they are accountable to the membership at the next convention.  If someone out there is curious but unsure and their local hasn’t had delegate selection yet – I encourage them to call me with their questions.

Delegates give direction to the component for the next term; it really is a grassroots, democratic organization. This is your union, your leadership needs your direction for the term.  It’s important for locals to fill their quota so there is a fair representation of your local at the convention.  Consider this, in a local of 2000 members, do you really want only 10 delegates there representing your interests when you could have 40 delegates speaking out?”