Who negotiates on my behalf? 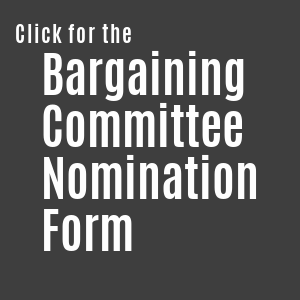 Delegates who have been selected by their Local to attend the Bargaining Conference will elect the bargaining teams. There are two teams – one is called a Pre-Bargaining Committee the other is the Monetary Team.