From Local Activist to Federal Candidate 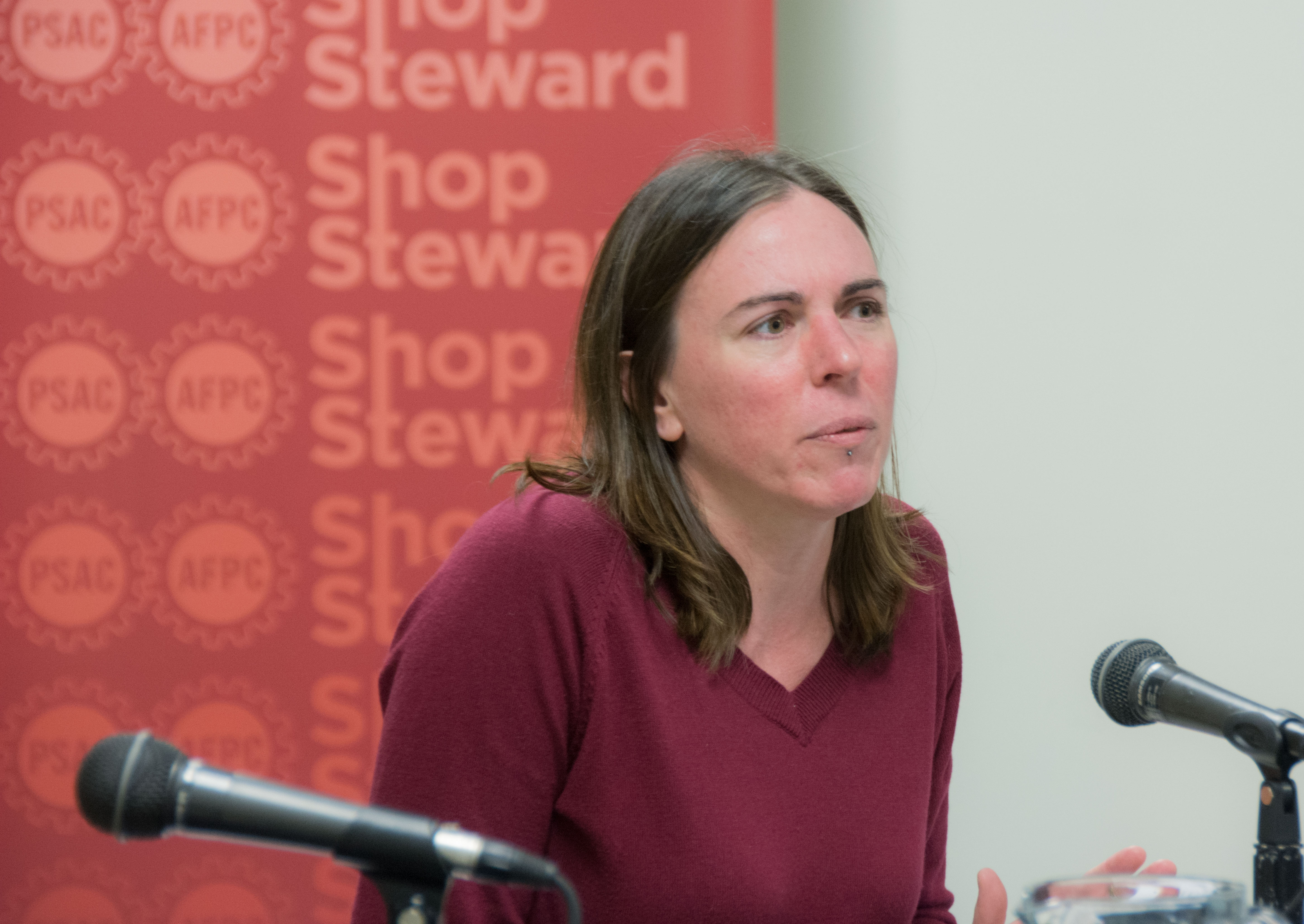 YEU: What inspired you to get involved in the union? Did you come from a union family?

LVL: My dad worked at Chrysler, CAW Local 444. He got the job at 19 years old about a week before he and my 17 year old mom got married. He knew that with his union job he’d be able to raise a family. They went on strike in 1984, in Windsor under Premier Bob Rae. The strike lasted 5 weeks. I remember the whole family went to a union meeting: Santa was there, and we all got presents. My dad explained that unions are about people taking care of each other – because of the strike, some of these kids wouldn’t get any more gifts that year. As a kid it meant a lot to me that there was someone taking care of these families. I could really relate to that; thanks to the union, everyone would get a gift. Thankfully they negotiated a deal and went back to work right before Christmas but I learned at 7 years old about the social activism role of unions.

Connecting with other kids who were questioning their sexuality was sometimes difficult in small town Ontario. I became an LGBTQ activist in college through a group called One in Ten and I think this group saved my life. I started meeting people who were like me, and I made friends. At university, a few of us started a gay group on campus, successfully advocating for safe spaces, and for project funding.

YEU: When did your union activism begin?

LVL: As a university student, I got a temporary part-time job at Chrysler with my dad. I couldn’t volunteer for the union as a temporary worker but when I moved to the Yukon, I got hired with Yukon Government as an Auxiliary-on-call. I went to the YEU hall in 2003 to sign my union card and I met Laurie Butterworth, the President of YEU. We shook hands, and he encouraged me to volunteer, connect with my Local and go to a Y017 meeting. I immediately got involved.

By 2004, I was elected Chief Shop Steward for Local Y017 and was elected as AOC rep at the YEU Triennial Convention. As someone new to the Yukon, my union involvement offered a sense of community. It also provided a space to talk politics with like-minded people; although most shared fundamental values, we could have safe arguments and discuss issues that were important to us. I also started getting involved on the PSAC side of things through the Pride Committee and the Regional Human Rights Committee, working locally and nationally.

YEU: Of all the roles you’ve filled, which has challenged you and taught you the most?

LVL: For many years I did front-line work at the Whitehorse Young Offenders Facility. It was very challenging to work within a system without the power to change things that felt wrong to me. I learned to adapt my approach to working with kids. I was already trying to blend the rules, responsibilities, to respect the humanity and youth of those in custody,  and my union training built my confidence. It allowed me to incorporate a human rights lens into what I was trying to do every day at work.

After reading the TRC, I found it difficult working in the truth, while not able to pursue the reconciliation piece at work. It felt like I was working in a system greatly influenced by the residential school processes.

YEU: How would you change that system?

LVL: I’d start by implementing the TRC’s 94 Calls to Action. Almost 100% of the kids I worked at the Yukon facility with were Indigenous. In fact, 45% of kids incarcerated in Canada are Indigenous, though they make up only 8.8% of the national population.

YEU:  How did your union work help prepare you for the challenge of running for office?

LVL: PSAC’s Union Development Program was amazing. I was able to translate that leadership training into my work. I always worked on the front-line, and while I sometimes acted as team lead or supervisor, once I got rid of the illusion of ‘running the place’ I just grabbed hold of leadership from where I was
standing. I would never have had the confidence to do that without union training.

Grassroots activism has the power to shift policy. When I am really troubled by something or want something to change, I believe I have an obligation to get up and address the issue or I will regret it. I am a non-conformist, and I’m not afraid to speak truth to power. I guess I’ve been training for this since the day I signed my union card.